Introduction to BitCoin for beginners

BitCoin which is on the trend nowadays and virtually the whole world has heard about it came into existence in January 2009. However, prior to its release, a domain name bitcoin.org was registered in August 2008. And, a paper pertaining to the information about BitCoin was posted to cryptography mailing list. The title of that paper was “A peer-to-peer Electronic Cash System” which contained the methods of using the peer-to-peer network in detail containing about generating the system of electronic transactions without relying on the trust. This little start of a little currency which was in cents at that time became a worldwide recognized system of transactions which currently has a worth of over $11,000.

In simplest words, it is a digital coin with a value. Moreover, BitCoin is not centralized meaning it is not owned by a central entity like Government or a Central Bank. Or in other words, it is a decentralized cryptocurrency where no intermediary (bank or government) is involved in the transaction between two people. People can spend as much as they want and on whichever thing they want, there will be nobody to control or supervise their actions. It is very easy to operate and you can send it quickly from one place to the other place of the world. 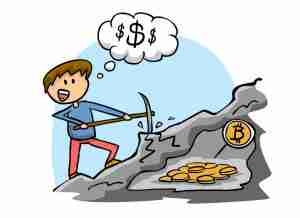 Where did BitCoin come from?

Just like gold mining where it is obtained from mining with the help of a machine and manpower BitCoin is also mined. But, instead of literally mining the coins, they are created by using computer power which is called as mining. In early days of BitCoin, it was very easy to mine it and people used to get a good amount of BitCoin. But today, due to increase in the value of BitCoin and high competition, the mining of BitCoin is not as profitable as it used to be. IF we talk about the number of BitCoin, then there are a total of 16.5 million BitCoins in the world. And, the process of mining will be continued until it reaches to the limit of 21 million BitCoins.

How to buy BitCoin?

The process of buying BitCoin is pretty simple. You can but the BitCoins with the help of brokers. Now there are a lot of brokers which deal with BitCoins and other cryptocurrencies but not all of them a trusted. So the ones that are trusted include coinbase, coinmama, bittilicious, Changelly, Coinhouse and ItBit etc. There are many more brokers which are trusted but these names are often taken when it comes to reliable exchangers of BitCoins. Follow the below given steps to buy BitCoins:

What are Wallets and How to Transfer Coins from One Person to Another?

Just like the regular coins which are stored in your wallet, your BitCoins are also stored in your digital wallet. Each wallet has a public digital address which can be used to send or receive a BitCoin. There is no fee or cost associated with creating a wallet. You just need to make sure that you have a wallet which is secure. The security of wallets differs with their types. Some of the types of wallets are: 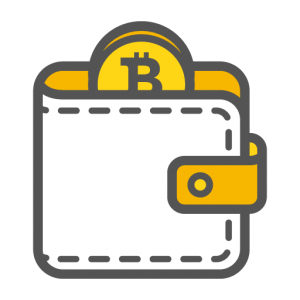 Now, the process of sending Bitcoins to someone is pretty easy. Whether you are gifting them to somebody or doing a trade, the main thing is that you must have a wallet. The rest is easy, even a beginner can learn how to transfer BitCoins. Although there are different methods with different wallets, generally all have a similar process.

Are you ready to make some serious money trading Bitcoin? Click here to see our list of favourite alt coin brokers